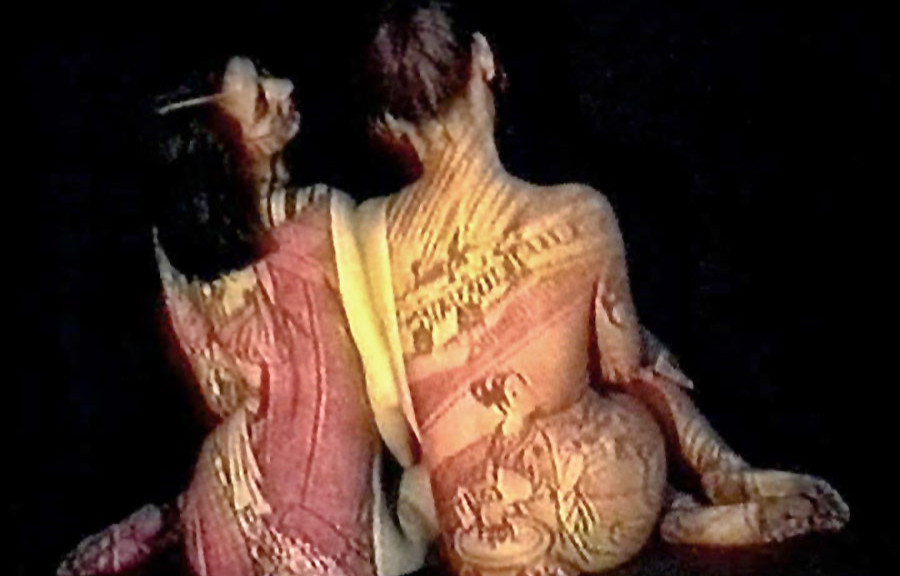 In some videos, A. acts as a maker of tattoos. The meaning of “imprinting” is taken literally, as recordings of naked bodies are being covered with diverse scriptures by means of electronic manipulation.
But instead of creating some sort of literariness of the body, the opposite is achieved. The projected layers of script are mere fragments, devoid of meaning or coherence. These chaotic scribbles turn the “everlasting signs,” as created by the art of tattooing, into ephemeral, shifting, and empty signs.
Their sole purpose, it seems, is to hold no meaning, or, more accurately, nothingness.
The body is released from the chains of being a symbol, of hold-
ing meaning: Instead, it has become a medium for constant change, depicting the nature of life, pointing to the river of reality.